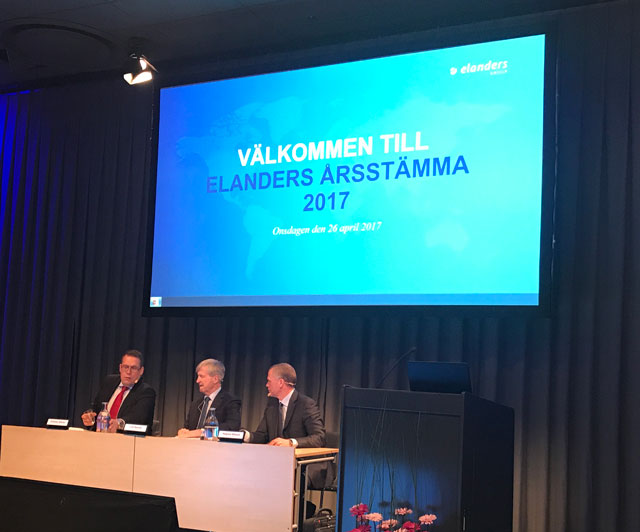 In his speech CEO Magnus Nilsson described Elanders’ integrated offer, the current situation and changes over the last five years. He also talked about how the company continues to focus on increasing cross sales within the Group to gain a greater portion of the value chain in existing customers and grow geographically with them. He said the investments made will be to promote organic growth.