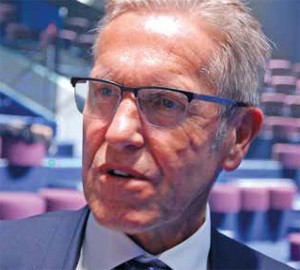 Web-to-print giant Cimpress is set to take up to 20 Landa Nanography presses, and Landa has also announced the identity of three beta customers.

Landa (9-A73) made the customer announcements on day one of drupa. It has signed strategic partnerships with US commercial print giant Quad/Graphics “to penetrate publishing”; and with Vistaprint owner Cimpress, which is planning to install as many as 20 presses.

The first beta installations of the B1 format S10 press will be at US point-of-purchase specialist Imagine!, German folding carton printer Colordruck Baiersbronn for packaging; while global print group Elanders will be the commercial beta site, also in Germany. Elanders Europe chief executive Peter Sommer said: “We think we can use it for commercial print and packaging and also for photo books. We already have Indigos and inkjet so we will see how it impacts on other technologies.”Landa chief executive Yishai Amir said the beta installs would be in “early 2017” with the S10 first and S10P perfector following.