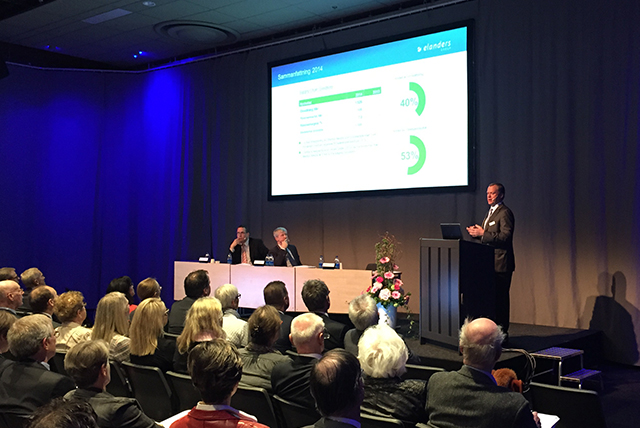 In his speech the CEO Magnus Nilsson reported on Elanders’ global offer, developments in the three business areas and the positive trend in the number of global customers. He also described the Group’s focus for the near future on continued consolidation of European operations in Print & Packaging Solutions and increased cross sales between the business areas. Future acquisitions will be primarily in Supply Chain Solutions’ and e-Commerce Solutions’ fields of operation. Acquisitions in Supply Chain will be aimed at creating a strong foothold in Europe and North America while broadening its customer base with customers that want to expand internationally, particularly in Asia. The purpose of acquisitions in e-Commerce will be to supplement existing business with a player in a connected field that has more or less the same customer group. This in order to enable cross marketing and a more efficient use of its customer base.