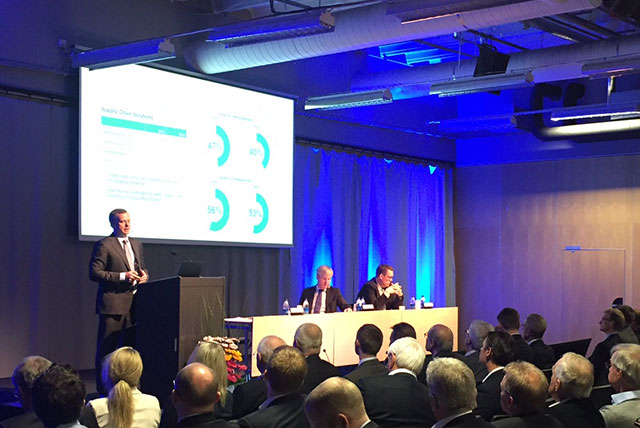 In his speech CEO Magnus Nilsson described Elanders’ integrated offer, developments in the business areas and the positive trend in the level of global customers which grew from 54 to 63 percent of total sales in 2015. He also talked about how the company continues to focus on increasing cross sales between the business areas and how, as before, acquisitions are a top priority in Elanders’ future development. He explained the importance of acquisitions being able to meet several of the following criteria; bring in new, attractive customer segments, complement Elanders’ customer base with valuable unique customers, supplement and strengthen existing business with new geographic markets, contribute new offers, products and services as well as be a good deal in the long run on its own or through clear synergies.