From the time of its listing in 1989 Elanders has made a long journey from being purely a printer, mainly operating in Sweden, to becoming a global service company with business on four continents. We have worked hard to keep up with the tide of digitalization and globalization and the structural changes in the graphic industry. Along the road we have made acquisitions that have given us the opportunity to expand into new markets, customer segments and services.

2022
Elanders acquires all the shares in Bonds World Wide Holdings Limited with its subsidiaries Bonds World Wide Express Limited and Bonds Technical Couriers Limited. Bonds is a leading actor in the UK within special transportation and installation of advanced technical equipment.

2021
Elanders signs a contract to acquire 70 percent of the shares in ReuseIT Sweden AB and ReuseIT Finance AB. ReuseIT is a fast-growing company specialized in purchasing, securely wiping, refurbishing, selling and leasing used IT products. The acquisition makes Elanders a leading actor on the Swedish market. At the same time, it is part of a bigger strategic effort concerning sustainable services on a global level.

Elanders acquires all the shares in the German digital print company Schätzl Druck & Medien GmbH & Co. KG. Schätzl is a fast-growing company that has chosen to specialize as a subcontractor in the segment online print with the focus on niche products.

Elanders acquires 80 percent of the shares in the American supply chain management company Bergen Shippers Corp. Bergen Shippers Corp operates under the name Bergen Logistics. The company is specialized in smaller and mid-sized brands in Fashion & Lifestyle and has developed a unique platform that enables them to manage a large number of customers in a highly profitable way. Bergen Logistics operates primarily on the North American market (USA and Canada), but they also help their customers globally through their own unit in the Netherlands and through partners in Asia. This acquisition will turn Fashion & Lifestyle into one of Elanders’ largest customer segments.

Elanders acquires all the shares in Eijgenhuijsen Exploitatie BV and its subsidiary Eijgenhuijsen Precisievervoer BV. Eijgenhuijsen is a leading actor in the Netherlands within special transportation and installation of advanced technical equipment. As a result of the acquisition Elanders will be able to offer unique solutions for special transportation, and installation and recovery of advanced technical equipment. The acquisition is also a step in increasing the proportion of value-adding services, particularly to customers in Electronics and Healthcare & Life Science.

2020
Elanders signs a contract to acquire 70 percent of the shares in Azalea Global IT AB. Azalea is specialized in Value Recovery Services. They manage the entire chain from purchasing used IT equipment and restoring and resetting it to then selling it to a network of customers. The acquisition of Azalea is a part of Elanders’ investments within sustainable services that contribute to a circular economy.

2017
Elanders signs an agreement to acquire all the shares in Spreckley Limited, an UK based company which provides highly specialized and customised packaging, point of sale material and labels for the British market. The company is situated in Nottingham.

Elanders signs a contract for the acquisition of 80% of the shares in the Hong Kong-based company Asiapack Limited. The acquisition is a complement to Elanders’ existing operations in Asia, Mentor Media, and will provide new customer segments as well as broaden the product and service portfolio. Asiapack is based in Hong Kong and has a subsidiary in Shenzhen, China. The company’s customers are international corporations that purchase large volumes in China. Asiapack has specialized in added-value services such as product configuration, consolidation and fulfilment.

2016
Elanders acquires all the shares in the German supply chain management company LGI Logistics Group International GmbH, which is one of the leading players in Industrial Contract Logistics in Germany. LGI operates in ten countries, primarily in Europe with Germany as its main market. Through the acquisition, Elanders takes a major step forward in global supply chain management.

LGI’s long-term vision is to become one of the leading players in Europe. LGI was created as an offshoot from Hewlett Packard Deutschland GmbH in 1995 and has grown considerably since. In 2016 LGI had more than 45 facilities worldwide, whereof 35 in Germany. In addition to Germany, the company has operations in Austria, the Czech Republic, Great Britain, Hungary, the Netherlands, Poland, Russia, Sweden and in the US. LGI is specialized in value-adding services to customers in Automotive, Electronics, Healthcare & Life Science, Industrial, as well as Fashion & Lifestyle. The company has a particular focus on product and component flows with extremely short lead times and provides everything from pure logistic solutions to comprehensive supply chain management solutions. Customers in Fashion & Lifestyle were added to the customer base in 2013 when LGI acquired ITG GmbH from Deutsche Post.

2015
In line with its strategy to grow within the segment niched packaging products Elanders acquires Schmid Druck, a German packaging company. Schmid Druck is specialized in advanced packaging and unique print solutions for marketing material. This means that Elanders will strengthen its offer in packaging, especially on the attractive and important German market.

2014
Elanders advances its position and expands its global offer with supply chain services by acquiring the Singapore-based company Mentor Media Ltd. As a result of the acquisition Elanders will increase its annual net sales from around 2.2 to 3.5 billion Swedish crowns and the number of employees will grow from approximately 1,900 to 3,600.

Mentor Media is specialized in the provision of value added services to companies in the electronics and computer industry with special focus on product and component flows with extremely short lead times and comprehensive statistics reporting to customers. Its operations are built up around sophisticated IT solutions and its range of services includes sourcing, procuring components, warehousing and logistics management, customized manufacturing, order management and fulfilment, distribution, reverse logistics and repair services and e-Commerce solutions.

2013
Elanders acquires all the shares in the label printing company McNaughtan’s Printers Limited  in Glasgow, Scotland. The company is particularly niched towards the whisky trade and a number of well known whisky distilleries are customers.

Elanders acquires myphotobook GmbH, one of Europe’s leading e-commerce companies in personalized photo products for consumers. This deal is right in line with Elanders’ strategy to develop product area e-Commerce. Through the acquisition of myphotobook Elanders also significantly broaden the customer base and gain access to another strong brand.

By the acquisition of the American company Midland Information Resources the international expansion continues and extends Elanders’ presence on the world’s largest graphic market, the USA.

2010
As a step to broaden the product range the packaging printer Printpack in Germany is acquired.

Elanders received a long contract with the Royal Board of Telecommunications to typeset and print the Swedish National Directory.

1913
Elanders started its cooperation with schools and the Public Sector, which resulted in our first international connections.

1920
Directories are transported to the bookbindery on wagons drawn by men or horses.

1945
Elanders acquired Egnell & Co’s engraving works, which became a vital asset in its printing plant. You could now exchange an image in 4.5 hours if you were really quick.

1962
Elanders was among the first companies in Europe with Fotolist, used to set directories.

1963
Per Elander became MD, heralding a new époque in the history of the company. Per realized early on the opportunities computerization offered.

1971
Elanders was one of the first companies in the industry to use computerized photo typesetting. 400 employees went through special training.

1972
Elanders moved from the city to new facilities in Kungsbacka, south of Gothenburg.

1978
Elanders started up its first company in Great Britain, Elanders Ltd in Scotland.

1982
Establishment of Elanders Electronic Printing which served customers who could put their information on a magnetic band or send it via the telephone lines.

1988
New, long contract with the Swedish Telecom created a platform for four-colour print of directories.

1989
WeZäta AB was acquired. Ever since 1908 the company had handled the binding of the national telephone directory.

Elanders was listed on the Stockholm Stock Exchange on 9 January 1989 and quoted at the end of the day at SEK 55.50.

1994
The digital revolution is felt in operations. The demand for multimedia began in the form of digital directories.

This year the Group exported to 16 countries.

1996
Elanders started up in Poland.

The company Hindson was acquired in Newcastle and was renamed Elanders Hindson.

2003-2004
Elanders’ five companies in the Gothenburg region moved together into new premises in Mölnlycke. The head office moved in the next year from Kungsbacka.

2004
Elanders started new operations in Hungary together with Hansaprint for the production of mobile telephone manuals.

Another two companies were acquired in Sweden: Skövde Offset and the storage and distribution departments in Volvo’s subsidiary, Celero Support.

2007
German Sommer Corporate Media, one of the largest suppliers of manuals to the German automotive industry was acquired in January.

The acquisition of Artcopy in Brazil was a step in Elanders’ strategy to be of assistance to its global customers on the markets they are active in.

In order to supply Electrolux’ 22 factories in Europe with manuals to refrigerators and freezers Elanders started its first unit in Italy.

Elanders expanded into the USA and acquired Seiz Printing in Atlanta, Georgia.

Elanders expands its capacity and customer base in Germany by acquiring Mairs Graphische Betriebe. 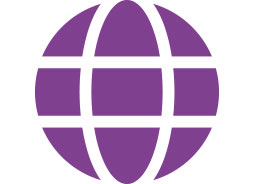 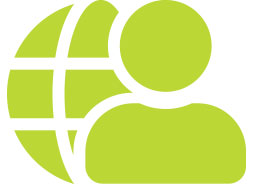 Elanders’ business concept is to be a global strategic partner to its customers in their work to streamline and develop their business critical processes. 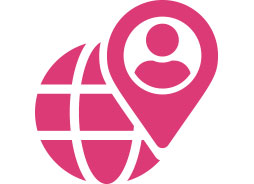 The Elanders Group has its subsidiaries worldwide. Each of them have their own specialty and alignment. No matter which of them you contact, you always have access to everything the Group can offer.