The Annual General Meeting 2013 was hold Tuesday 7 May 2013 at 3 p.m. at Elanders’ headquarters at Designvägen 2, Mölnlycke, Sweden. 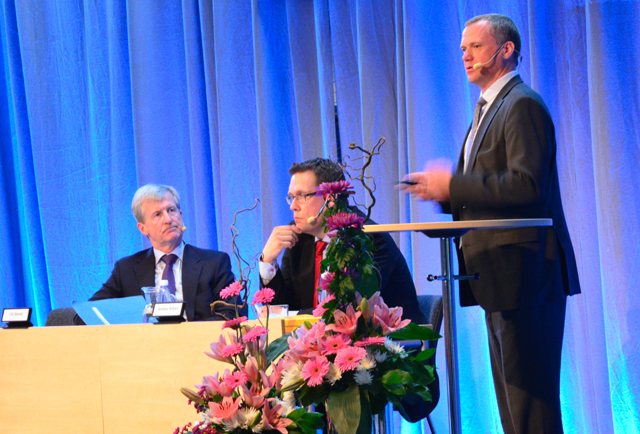 In his speech the CEO Magnus Nilsson reported on the market trends; customers are reducing the number of suppliers they use, the graphic industry is going through a consolidation and that in order to be successful printing plants must be able to offer technically advanced ordering solutions to their customers. The growing trend of centralized purchasing in large international groups has continued and this is reflected in how Elanders is developing its global business. In 2007 this made up 7 percent of Group net sales. In the first quarter of 2013 this figure had grown to 32 percent. Magnus Nilsson also explained how Elanders with its competitive advantages like its global presence and ability to use low cost production to meet the price press on the market can win over the competition.

Elanders’ vision for 2016 regarding the division of net sales in the three product areas Commercial Print, Packaging and e-Commerce remains the same. Currently Commercial Print stands for close to 75 percent of total Group net sales. Elanders’ goal for 2016 is that at the end of the year Commercial Print will make up 40 percent of net sales while Packaging and e-Commerce will share 60 percent. However, this change cannot come about completely organically. Achieving it will probably require some kind of acquisition.