Elanders encounters risks in operations daily, and normally these are within the Group’s control. Group Management’s close collaboration with the different group operations is a key factor in controlling these risks.

What Elanders does
Elanders’ strategy is not only to be a supplier to our larger customers but to be a strategic partner who builds the basis for long-term business relations. Elanders has worked together with several of the Group’s largest customers for many years.

Risks and uncertainty factors
Elanders is dependent of IT-systems for production, logistics and sales. Disruptions or cyberattacks on the systems can mean disturbances and have a negative impact on the Groups reputation, profitability and financial position. Otherwise, the risk that the Group will suffer a major stop in production is relatively small. There are now critical interdependencies between the units within the respective business area or between the business areas. There are only a few cases where there are no alternative suppliers of critical input goods.

What Elanders does
Elanders work to identify and prevent risks that can lead to disturbances in production. The work involves regular controls of the production sites where identified improvement areas are the basis for action plans. The Group also has business interruption insurance that covers the loss of margins for up to twelve months. Elanders also works continuously to ensure processes for follow-up and control regarding IT security in order to be able to meet increased threats to cyber security. Elanders has also developed training to increase employees’ awareness of IT security.

What Elanders does
The Group does not see any direct risk that any of these costs will rise in the near future to such a degree that it would have a material effect on group results. Elanders has also the possibility within some agreements to pass on increased costs to the customers.

Risks and uncertainty factors
In business daily operations can give rise to disputes.

Risks and uncertainty factors
The Group runs into currency risk through transactions in currencies other than the companies’ local currency (transaction exposure) or when converting net result and net assets from foreign subsidiaries (translation exposure).

What Elanders does
Receivables and liabilities as well as in some cases purchase and sales orders are partly hedged by using forward exchange contracts. Exposure of net assets in foreign subsidiaries is mainly connected to EUR and USD and hedging has been made in part through loans in EUR and USD. Apart from this hedging, no other hedging has been made to counter the translation risk.

Risks and uncertainty factors
Exposure in the form of changes in the interest rate stems mainly from group interest-bearing liabilities with floating interest. Outstanding liabilities are primarily in EUR and USD.

What Elanders does
Elanders strives to achieve a balance between cost-effective financing and the risk exposure of a negative influence in the result if interest levels suddenly changed significantly. In light of the low interest rates expected by the market, no hedging has been made regarding interest rates. Elanders is following developments closely and may enter into hedging arrangements.

Risks and uncertainty factors
Elanders is dependent on obtaining financing from credit institutions. The Group’s financing needs comprises current operations and preparedness for possible future investments. The availability of financing depends on factors such as the general availability of capital and Elanders’ credit rating.

What Elanders does
The Group currently has a three-year credit agreement with two Swedish banks regarding operational financing that expires in January 2022.

What Elanders does
The financial credit risk is limited and controlled by the fact that financial transactions may only be carried out with financial institutions that are approved of by Group Finance. The commercial credit risk is primarily handled by each subsidiary through external checks on credit ratings, regular communication with customers, monitoring their ability to pay and following up their financial reports.

The external factors that have and may have the greatest impact on Elanders operations are the ongoing pandemic, the global economy and the war in Ukraine. Since these factors are outside of Elanders’ control the Group continuously work to adjust operations to meet the new conditions.

Risks and uncertainty factors
The COVID-19 pandemic has resulted in many deaths and infections. It has also entailed widespread disturbances in many countries, among them many of Elanders’ most important markets. There is a risk that the pandemic can continue to impact financial activities and the uncertainty around this is great. There is therefore a risk that the Group’s business will be negatively affected in the coming quarters since the demand for the Group´s services and products can contract. No one knows how long the pandemic will continue or how it will develop. Nor is it possible to predict how long the crisis measures and infection control restrictions implemented in different countries will continue or what further steps might be taken.

What Elanders does
Elanders’ first priority is to protect our employees and their surroundings as much as possible against the spread of the infection. Measures have been taken to protect our employees and the guidelines and recommendations of the respective authorities are followed. In order to soften any effects from lower demand from customers, we are keeping in close touch and working together with our customers and other partners. To a certain extent Elanders can adapt operations to changes in demand through furloughs, fewer temps and by making adjustments in costs.

Risks and uncertainty factors
The most tangible business cycle sensitivity is in group operations that supply our customers in the manufacturing industry, particularly in automotive and consumer electronics. Sales to customers in foodstuffs, cosmetics, pharmaceuticals and the public sector as well as to consumers are less affected by the general economic situation.

What Elanders does
We work consciously to reduce the influence of business cycles by increasing sales to customers in less sensitive trades and customer groups as well as by increasing the geographic spread of sales. In most cases the expansions in supply chain do not involve significant investments in fixed assets and lease agreements are signed to match the customer contracts. A large part of the running costs in new projects are variable and can be adjusted in case of volumes changes.

The war in Ukraine

Risks and uncertainty factors
Russia invaded Ukraine in February 2022. The war has so far not had any significant negative impact on Elanders’ operations. However, some of the Group’s customers have subcontractors in Ukraine and Russia. These customers have therefore started to have some problems with their supply chain.

There is still a great deal of uncertainty about how long the conflict will last and the extent of it. It is therefore difficult to predict the exact impact. Increased sanctions and an increased scope of the conflict could have a significant impact on the Group’s operations.

What Elanders does
Elanders follows the course of events closely and works with various action plans for the various possible scenarios that may arise. The Group currently has no operations in Ukraine and only one sales office in Russia.

Various parts of the Group help with humanitarian support on the ground in Europe, both for the employees affected and the refugee wave that is expected. 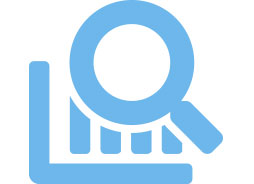 Information about the financial development for Elanders. 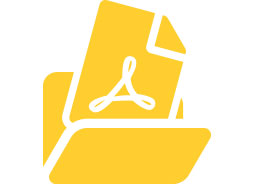 Here you will find our financial reports. 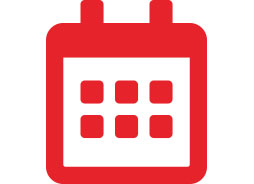